How I migrated a WordPress website to a new host 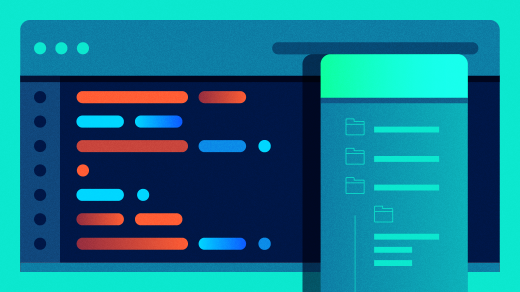 Have you ever needed to migrate a WordPress website to a new host? I have done it several times and found the process to be quite easy. Of course, I don’t use the recommended methods for doing most things, and this is no exception–I use the easy way, and that is what I recommend.

This migration is non-destructive, so it is simple to revert to the original server if that should be necessary for any reason.

Three main components are required to run a website based on WordPress: WordPress itself, a webserver such as Apache (which I use), and the MariaDB. MariaDB is a fork of MySQL and is functionally equivalent.
There are plenty of webservers out there, but I prefer Apache because I have used it for so long. You may need to adapt the Apache configuration I use here to whatever webserver you are using.

The original setup
I use one Linux host as a firewall and router for my network. The webserver is a different host inside my network. My internal network uses what used to be called a class C private network address range, but which is simply referred to as 192.168.0.0/24 in the Classless Internet Domain Routing (CIDR) methodology.

For the firewall, I use the very simple IPTables, which I prefer over the much more complex firewalld. One line in this firewall configuration sends incoming packets on port 80 (HTTP) to the webserver. As you can see by the comments, I placed rules to forward other inbound server connections to the same server on their appropriate ports in the /etc/sysconfig/iptables file.

I set up my original Apache webserver using named virtual hosts because I served multiple websites from this one HTTPD instance. It is always a good idea to use the named virtual host configuration approach because, like me, you may decide to host additional sites later, and this process makes that easier to do.

The virtual host stanza for the website to be moved in /etc/httpd/conf/httpd.conf looks like the one below. There are no IP addresses in this stanza, so it needs no changes for use on the new server.

The Listen directive near the top of the httpd.conf file looks like this before the migration. This is the actual IP private address of the server and not the public IP address.

You need to change the Listen IP address on the new host.

The preparation can be accomplished with three steps:

Install Apache and MariaDB if they are not already on your new server. It is not necessary to install WordPress.

Ensure that the firewall on the new server allows port 80. You do have a firewall on all of your computers, right? Most modern distributions use an initial setup that includes a firewall that blocks all incoming traffic to ensure a higher level of security.

The first line in the snippet below may already be part of your IPTables or other netfilter-based firewall. It identifies inbound packets that have already been recognized as coming from an acceptable source and bypasses additional INPUT filter rules, thus saving time and CPU cycles. The last line in the snippet identifies new incoming connections to HTTPD on port 80 and accepts them.

All I needed on my new server host was to add the last line in the snippet above to my firewall rules in the /etc/sysconfig/iptables file and then reload the revised ruleset.

Most current Red Hat-based distributions, such as Fedora, use firewalld. I don’t use it because I find it far more complex than it needs to be for use cases such as home or small to medium businesses. To add inbound port 80 to firewalld, I suggest you refer to the firewalld web page.

Your firewall and its configuration details might differ from these, but the objective is to allow incoming connections to HTTPD on port 80 of the new web server.

Configure HTTPD in the /etc/httpd/conf/httpd.conf file. Set the IP address in the Listen stanza as shown below. The IP address of my new web server is 192.168.0.125.

Copy the VirtualHost stanza for the website being moved and paste it at the end of the httpd.conf file of the new server.

Only two sets of data need to be moved to the new server—the database itself and the website directory structure. Create tar archives of the two directories.

Copy those tarballs to the new server. I usually store files like this in /tmp, which is what it is for. Run the following commands on the new server to extract the files from the tar archives into the correct directories.

This directory is all that needs to be moved to the new server.

The last step before making the switch is to start (or restart) the mysqld and httpd service daemons. WordPress is not a service, so it is not started as a daemon.

You should check the status of these services after starting them.

Now that the required services are up and running, you can change the firewall rule for HTTPD to the following in the /etc/sysconfig/iptables file.

Then reload the IPTables rule set.

I then removed both MySQL and HTTPD from the old server to ensure that they cannot be started accidentally.

It really is that simple. There is no need to perform export or import procedures on the database because everything necessary is copied over in the mysql directory. The only reason you might want to deal with the export/import procedure is if there are databases other than those for the website or sites in the same instance of the MariaDB that you don’t want copied to the new server.

Migrating the rest of the websites served by the old server is easy too. All of the databases required for the additional sites have already been moved over with MariaDB. It is only necessary to move the /var/website directories to the new server, add the appropriate virtual host stanzas, and restart HTTPD.

I have used this procedure multiple times for migrating a website from one server to another, and it always works well.